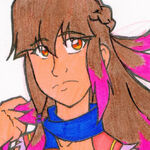 Hello there everyone, the name is BldySrw88... but otherwise goes by NiponMirai (Mirai for short). I am one of the Knights & Providence Captain moderators (somewhat I think) on this fandom wikia. I spend pretty much a lot of my time on Discord, especially since I am helping out as a server moderator for an official Visual Novel game.

As of now on, a lot of my Generator Rex OCs (especially Hunter and Ryder) will be used as Visual Novel MCs more often but will still remain here and get updated whenever possible. Feel free to comment or ask me about anything in general (or anything Discord server related), on here or anywhere I am available... namely on Tumblr or Discord.

Chance Williams
Add a photo to this gallery

My Favorite Pages on this WikiaEdit

Retrieved from "https://genrexfanon.fandom.com/wiki/User:BldySrw88?oldid=16116"
Community content is available under CC-BY-SA unless otherwise noted.